VOCALOID, which uses synthetic voice technology developed by Yamaha, has continued to advance since it was first released in 2003 and is now on version 5. Other companies also sell voicebanks for VOCALOID. A genre has been established for music sung by virtual singers created using voice synthesis technologies. Called “Vocalo” in Japanese, numerous tracks of this now beloved genre are uploaded every day. “Vocalo Producers and VOCALOID” is a series of special interviews that delves into how the producers who sustain Vocalo culture first encountered the VOCALOID voice synthesis technology developed by Yamaha and what their relationships with it are now.

This time we spoke with Nejishiki, an artist who has released catchy Vocalo tracks at a rapid pace, including the popular Freedom Lolita.

He debuted with the upload of "Rokutosei no Yoru" on August 16, 2013. From this fist upload, he released 20 new songs on consecutive Tuesdays, earning him the nickname of “Kayobi-P” (“Tuesday producer”). Not only does he write the lyrics and compose the songs, he also plays various instrumental parts himself. In the six years that he has been active, he has released nine original albums and participated in at least ten compilation albums. Moreover, his works have been played over 12 million times total on video playback sites, including YouTube and Niconico. He is also active in education, including as a guest lecturer and speaker at various universities, vocational colleges and high schools, along with as a commentator about copyright issues in online salons.

Y: Thank you for speaking with us today. Please start by telling us about your first encounter with VOCALOID.

N: I first learned about VOCALOID around 2009. I heard from a friend about a video with VOCALOID content uploaded to the Niconico video site. That video had Hatsune Miku singing.

Y: Do you remember what the first Vocalo song you heard was?

N: I think it was “Melt.” At that time, I was teaching music at a school, and I also taught singing. I noticed that the students I was teaching started bringing in Vocalo songs instead of J-POP as what they wanted to learn. I asked, “What is this mechanical voice?” and was told about it. I thought it was interesting when I learned that there were various versions by different singers in addition to the original song.

Y: What was you impression when you heard Vocalo songs?

I always liked Perfume and Denki Groove and similar artists, so I had no resistance to VOCALOID voices themselves. But, to tell the truth, I have trouble with high-pitched voices (grins). I thought are VOCALOID voices high-pitched? Considering the significance of the Vocalo world, J-POP had in some sense been perfected by the 2000s. I think that around 2009, there was a sense of wanting to listen to songs with more pointed lyrics and that had more of a worldview. So, then, even though this cute girl character (Hatsune Miku) was singing, the guitar was playing loud and the lyrics were bitter. I thought a world like this was really interesting. Among those VOCALOID songs, I thought “Melt” and “Black Rock Shooter” really interesting, and the voices also sounded good. But, the passion of the people who were into Vocalo was intense, and I did not have the confidence to talk to them with the same level of enthusiasm. I thought I was in a different field.

Y: So, you did not start out feeling “I want to make Vocalo songs!”

N: I thought I wanted to try it, but at the time, VOCALOID Editor was only on Windows, so I was unable to. Because I was using Mac then. I was not quite at the point where I wanted to switch to Windows.

Y: You did not feel quite like you wanted to change systems then, so what was the trigger that made you want to create Vocalo songs?

N: It happened about five years after I first heard a Vocalo song. I went with a friend on a Saturday to check out the Cosplay Summit that was held in Nagoya. There was a Hatsune Miku cosplayer that impressed me after being impressed by the cosplay, we were drinking beer together and I was given this encouragement. “Nejishiki, you can write songs and play guitar, so why not try Vocalo production?” Making your own songs the way that you want them is really difficult with a band. I had quit my band and no longer had chances to write songs, so I thought becoming active again with Vocalo production could be good. So, on the way home I bought Miku, and using VOCALOID3, I posted my first track on the following Tuesday.

<The Hatsune Miku package he purchased>

I thought, “I will just have Miku sing a stocked song and we will be good to go!” But, what I made did not fit all. I felt, “If I do not make the song for Miku, it will be no good.” So, I wrote lyrics and music, edited it and redid the entire song from scratch in three days.

Y: You did your first posting in just three days! Various things seem to have come together at the right time for you to get your start as Nejishiki-san. Is there some sort of story behind your name?

N: At the time, I think there were many people active on Niconico who were using interesting names combining katakana and kanji characters that were not like typical band and stage names. So, thinking, “Isn’t there anything interesting with hiragana and kanji?” I saw an old manga on a shelf at my family home called “Nejishiki” (laughs). I thought this has a feeling of VOCALOID technology and analog and chose it as a name that seemed suitable for me. 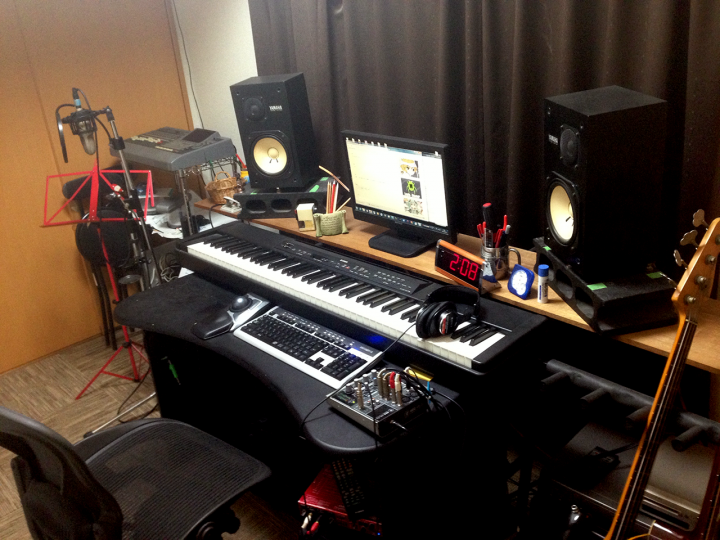 <Production setup at that time>

Y: From your first upload, I believe that a period when you uploaded every Tuesday began. Do you have any stories from that time?

N: I did not sleep for the first three days (laughs). To tell the truth, I do not remember well the time when I was uploading continuously in 2013. I was too busy. Until just before uploading, I had been watching the “Amachan” morning TV drama series, but once I started uploading, I stopped being able to watch it. I still do not know how it really ends (laughs).

Y: Tell us about some of the difficulties you had when you were posting every week.

N: When I was using VOCALOID3, my workflow was to complete the arrangement and then export the data and load it in VOCALOID3 to have it sung, so the feeling of having arrangement and voice editing being separate tasks was difficult. It was the best when VOCALOID Editor for Cubase was released. The feeling of hiring a vocalist to sing a song after it had been completed changed to being like working with the vocalist together as a member of the band. Being able to create the worldviews of lyrics and songs together was revolutionary. I am still using it.

VOCALOID never says it wants to take a break

Y: What are some things that are uniquely difficult about using VOCALOID in production?

N: I guess it has to be editing the voice (grins). If effort is put into it, VOCALOID can sing with soul, but getting the soul into it is not that easy. Miku never says, “I am tired, break time!” (Laughs.) I am the one who sometimes reaches my limit first. It feels like I am looking at a mirror through VOCALOID. I think that, for example, setting the timing of double consonants (the small “tsu” in Japanese) is particular to VOCALOID. For example, adjusting Gender* is an aspect that is different from human vocal direction.
*Gender is a parameter that can alter the vocal timbre. 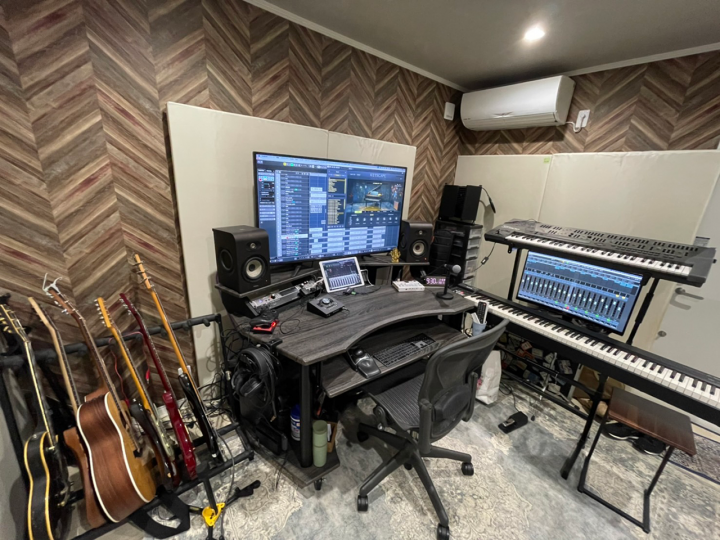 Y: How do you find stopping points for VOCALOID voice editing, which can be continued endlessly?

N: Since I am the kind of person who likes to post songs regularly, I set deadlines when I make them. Since I decided that Tuesday would be my posting date at that time, I calculated backward and made them.

Y: I see. I think that is a very useful idea! By the way, in production methods are there any special differences with Vocalo songs?

N: I think that sometimes living vocalists “Cannot get into the feeling of the lyrics.” In contrast, VOCALOID singers are all broad-minded and can get into any lyrics (laughs). I think this is different from living people, and I think this itself has magic.

Y: Please tell us what you focus on with Vocalo songs.

Moved by having people singing his songs

Y: You have released many Vocalo songs so far. Tell us about the thing that has most moved you since becoming involved in this culture called Vocalo.

N: It is having people post their singing of my songs. In my music life until now, I never had a chance to hear people I did not know at all sing my songs. As people refer to the original songs, they sing them with their own styles, and I felt this was really interesting. Being able to learn how each person singing a song understands it is really fun.

<Nejishiki-san talking about the joy hearing others sing his songs>

Not only singing, there is someone who plays the shakuhachi…it makes the song so somber! (Laughs.) I think this atmosphere that says it is OK for everyone to participate, including by posting their singing or playing songs as well as by drawing illustrations, is really great and important. Senra-san from the group Urashimasakatasen sang one of my songs, and this led to us becoming friends and me contributing music for his solo album.

Y: It seems that Vocalo has created various opportunities. What do you think would have happened if there was no Vocalo?

N: I probably would not be writing songs anymore. I think it is had a big impact on music as a whole. I believe there are many creators who were given the encouragement that it is OK to write songs with feelings just as they arise. All creative people are fundamentally shy (laughs).

Y: Please tell us about a voicebank that you particularly like and has special significance to you.

N: Yuzuki Yukari who sang on Freedom Lolita. Since I did not like high-pitched voices, I was looking for a low voice, a voice with lots of breathiness. I thought Megurine Luka was nice and started to use her voice, but I could not make her sing well. When I tried Yuzuki Yukari, I was like, “This is it!” That song is especially memorable as my first to reach one million playbacks.

Y: Are there any Yamaha voicebanks that you like?

N: VY1 is great for temporary vocals. I also use VY1 when presenting musical pieces to people who do not like VOCALOID voices, for example, and to teach chorus parts. A producer named cillia used VY1 to cover buzzG’s Fairytale. I thought, “That is such a great voice!” It really is great. I cried.

Y: Finally, please give some advice to people who want to become Vocalo producers or try creating songs using VOCALOID.

N: Recently, I think there has been an attitude that “You can become a Vocalo producer even if you cannot play an instrument.” I believe that the culture of Vocalo exists within music, though, so I want people to also study music at the same time they are enjoying creating it. Try playing piano a little or try playing guitar a little, for example. I want people to not get overly focused on the Vocalo genre and instead try various things.

Y: That should expand the capacity for music! Thank you very much for your time today. 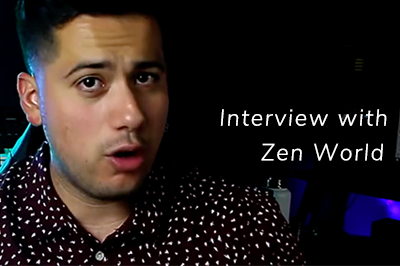