VOCALOID, which uses synthetic singing voice technology developed by Yamaha, has continued to advance since it was first released in 2003 and is now on version 5. Other companies also sell voicebanks for VOCALOID. A genre has been established for music sung by virtual singers created using singing voice synthesis technologies. Called “Vocalo” in Japanese, numerous tracks of this now beloved genre are uploaded every day. “Vocalo Producers with VOCALOID” is a series of special interviews that delves into how the producers who sustain Vocalo culture first encountered the VOCALOID singing voice synthesis technology developed by Yamaha and what their relationships with it are now.

This time we spoke with Mitchie M, who is well known as a Vocalo producer for making Hatsune Miku sing like a human being.

He released “FREELY TOMORROW” on the Niconico Video sharing site in July 2011. He was the fastest to reach 100 thousand views and 1 million views with a VOCALOID song at that time.

“The lyrics can be heard distinctly.” With unsurpassed editing skill that had not been heard in VOCALOID songs to that point, his high-quality musical compositions and arrangements received high praise from a wide audience, including J-POP listeners and overseas VOCALOID fans.

In 2015, with his recognized skill at tailoring the voice of Hatsune Miku, he was entrusted with voice arrangement and writing lyrics for the song “B Who I Want 2 B feat. HATSUNE MIKU” by Namie Amuro. In 2020, he was in charge of the theme song for the mobile rhythm game “Project Sekai Colorful Stage! feat. Hatsune Miku.”

He composes music with singing voices that sound natural even to people who are not VOCALOID fans.

Y: Thank you for speaking with us today. Please start by telling us about your first encounter with VOCALOID.

M: I think it was an ad in a music magazine. I think it was an ad for MEIKO. I remember thinking, “Are we now in an era when we can input singing voices like data?” It was not that I had been looking for a tool to input singing, but I like new things, so I was curious about what it was like and listened to demo songs and other examples. I thought about whether I could use it for work, but at the time I decided it would still be difficult. For example, it seemed a little robotic. I had the impression, however, that it could probably be used for choruses and other simple parts.

Y: Did you listen to many Vocalo songs in those days?

M: I was curious, but I did not listen to any at all. When I did start using it, though, I listened to various songs on Niconico and felt that “I could probably do voice adjustments that were a little better if I tried.”

Y: What was the trigger that inspired you to start using VOCALOID?

M: My first upload was in 2011. At that time, Japan was in a difficult state, and I really felt that the work of getting commissions and creating music was difficult. I began to think that I wanted to become able to create complete vocal parts by myself. At this time, Hatsune Miku having become popular, I thought, “Okay, this should be good.” So, I bought Hatsune Miku and began making vocal songs. 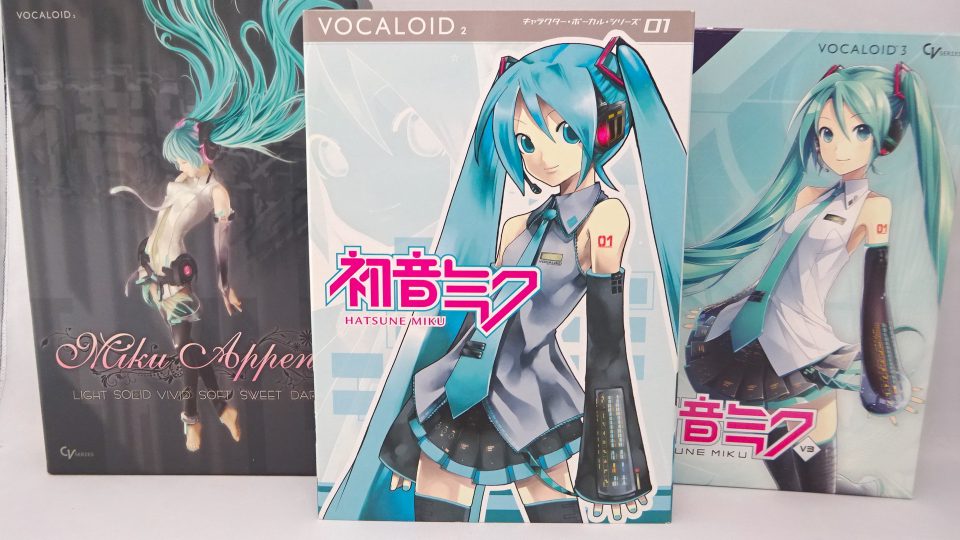 Y: Did you try any other voicebanks before you got it?

M: Hatsune Miku and Megurine Luka were the candidates. I thought that Luka suited my own musical sensibilities, but I also thought that the popularity of the character was important, so I chose Hatsune Miku (laughs).

Y: Please tell us about your impressions when you first used Hatsune Miku.

M: I learned that low notes were her weakness, so it was better to avoid pitches that were too low. On the other hand, since her voice is very clear with high notes, I thought I could make songs if I used the high range well and that it would be good to make songs that were themselves suitable for Miku. I started by making a song from my stock, but the key was too low, so I arranged it one or two notes up. Since I thought I could make her sing better, I focused on voice adjustments when I made my first song.

Y: From your first song, it already sounds like a real human voice. I remember being overpowered the first time I heard it.

Y: Please tell us if you have any memories or other stories about when you first purchased VOCALOID.

M: I used VOCALOID2 at first, and I remember having trouble because I could only use the Undo command once (grins). In addition, I was using Mac from that time so setting up the system was difficult.

Y: Sorry about that… Starting with VOCALOID Editor for Cubase, it could also be used with Macs. Did you use that?

M: I guess because I got used to it, I have never used anything other than the standalone VOCALOID Editor. I make songs in a DAW, export them, and then import and use them in VOCALOID Editor. 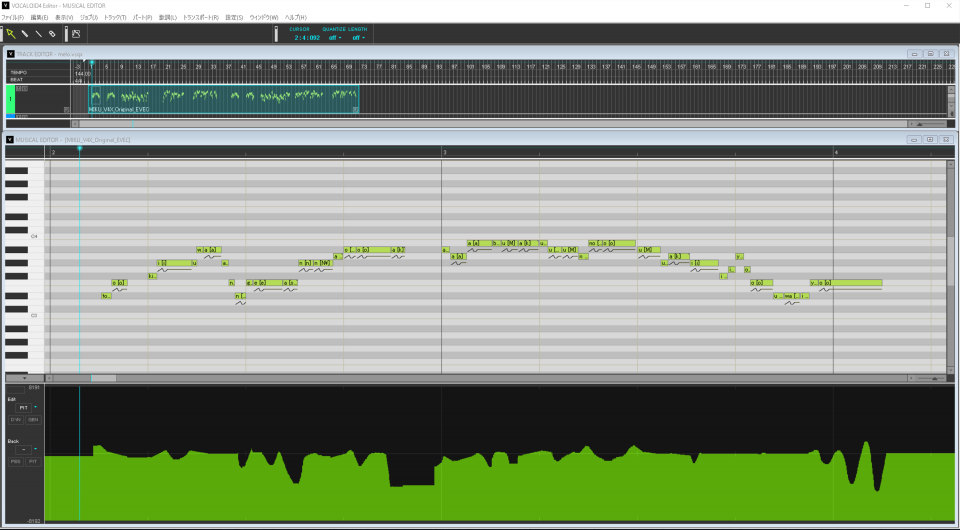 Y: Please tell us what you are thinking about and focusing on in particular when creating Vocalo songs.

M: I focus on voice editing. I suppose I cannot let the quality go down since I put out “FREELY TOMORROW” as my first (laughs). There was no history of vocal synthesis creation this way, so personally I really enjoy the feeling of exploring new ground. Even now I am always looking for new ways to make singing voices that are better.

Y: Are you only using VOCALOID Editor to make vocal synthesis creation?

Y: Please tell us what you feel the differences are from when not creating Vocalo songs.

M: With VOCALOID, isn’t it that creators can express themselves freely and have any kind of song sung? With a human singer, you have to create to suit the image of the artist, but there is none of that with VOCALOID. I think creating songs without being influenced by the singer’s image is an interesting thing particular to VOCALOID. Another thing is mixing. Compared to a human voice, Vocalo is thin. Left as is, it can be buried behind the instruments, causing it to seem strange when played next to songs sung by people. So, I use exciters, for example, to bring it forward a lot, and otherwise sculpt the sound in ways that are different from with people during mixing.

When I got into Vocalo culture, I found an interesting new world.

Y: Please tell us about the thing that inspired you the most since you became involved in Vocalo culture.

M: When “FREELY TOMORROW” got more views, various derivative videos appeared. There were people singing cover versions, dancing along and even making videos with MikuMikuDance (MMD). At the time, I did not know about the derivative work culture of Niconico, so I thought it was interesting and I was really inspired.

There were also no opportunities before to have people overseas hear my songs, so I was moved that there were many listeners from other countries.

Y: What was you impression when you heard derivative works?

M: I remember that there was a video of a man singing “FREELY TOMORROW” that was a hit and thinking that the male version was also interesting. That people were enjoying their own individual creativity freely came through strongly.

Y: Please tell us how VOCALOID and Vocalo culture have impacted your own music.

M: My life changed with Vocalo. Last year was my 10th year of doing this, and I have been making a living for 10 years mostly making Vocalo songs, so I cannot imagine without Vocalo. I feel thankful. I owe a lot to Vocalo (smiles). Vocalo music was a world that was a little different from the music that I had made up until that point, so I felt a little resistance at first. Once I got into it, though, it is a culture that is interesting in ways unlike any before, and I am glad that I tried it. I never thought that I myself would enter this culture. 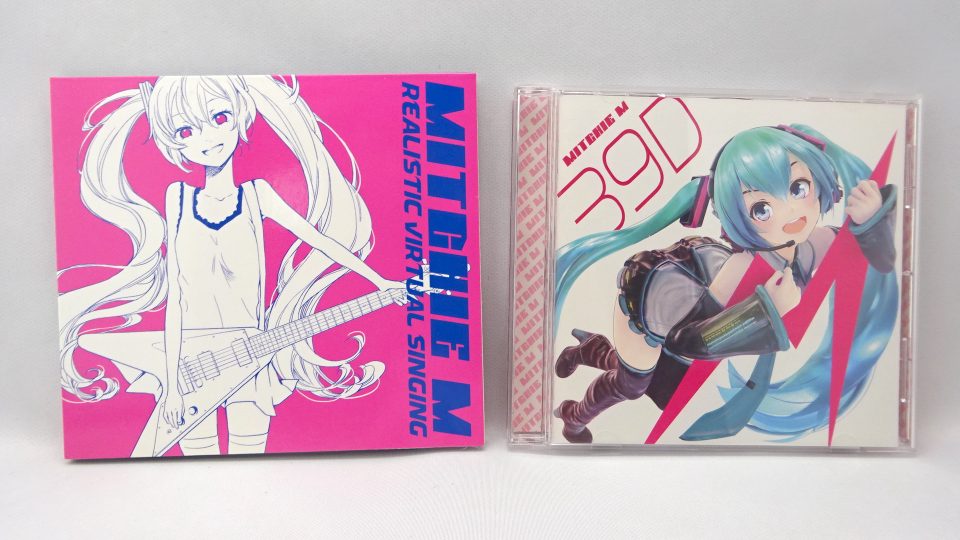 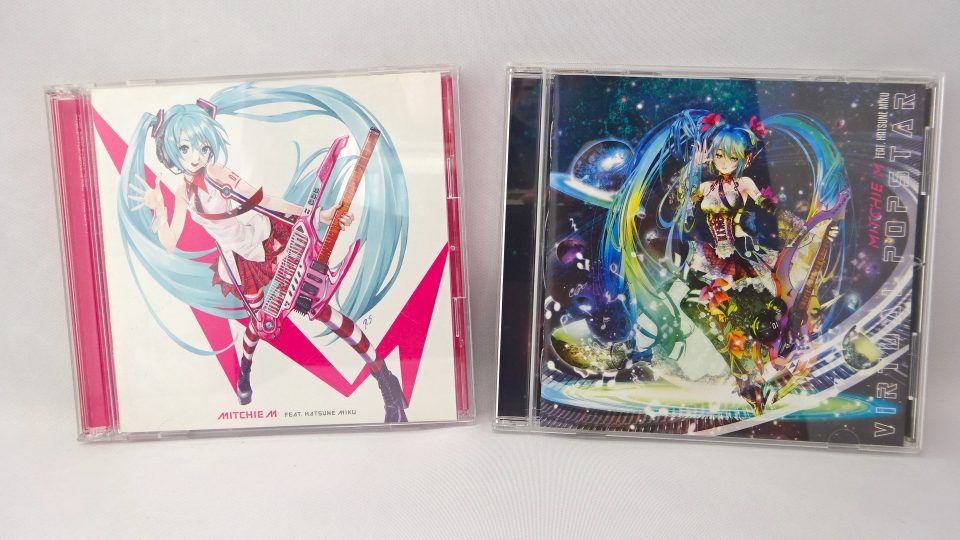 Y: Maybe we do not need to ask (laughs), but please tell us about a voicebank that you like or that is very memorable for you.

M: Of course, it’s Hatsune Miku (laughs). The clear high pitches are the biggest appeal. Even real people cannot hit those pitches well. Even other voicebanks do not hit them as well as Hatsune Miku. Listening to it, that singing voice has a particular pleasantness.

M: No, for example, I am still unsatisfied with the “oh” vowel sounds (laughs). The clarity of the voice is so-so. When a person actually sings “oh” is close to “ah,” but Hatsune Miku sings with a full-on “oh” pronunciation, so I fix it every time. Still, little hassles like these are actually cute (laughs).

Y: I think that the affection that Vocalo producers have for Miku comes in various types. I feel that your affection for Miku is like that of a music partnership that has lasted many years. For reference, could you tell us if you like any of the Yamaha voicebanks?

M: I like VY1. VY1 does not have a character or those settings, so I used it in work as a pure vocal synth. This singing voice did not have any oddities and was easy to use, so it blended well in songs. This might be the last song that I used a voicebank other than Hatsune Miku for the main vocal.

Y: Please give some advice to people who want to become Vocalo producers or try creating songs using VOCALOID.

M: For Vocalo producers, it is not just the thing of creating a song. It is very important to have a marketing sense, that is, what can be done to get people to listen to the song. I think you should promote it through social media, create a thumbnail of the video and study ways to attract attention. Time when you are young is very important. The things that you absorb then will greatly influence your life later, so I think you should use and enjoy that precious time on Vocalo production.

Y: Thank you very much. Even the way you added the video title to “FREELY TOMORROW” is pretty educational.

M: I kind of overdid that (laughs). But, at that time, I was a new Vocalo producer, so many people probably would not have listened if I had not done that much. I think it was good in the end.

Y: I think that you offered very valuable ideas for people who want to become Vocalo producers. Thank you very much for your time today.

M: Thank you too. 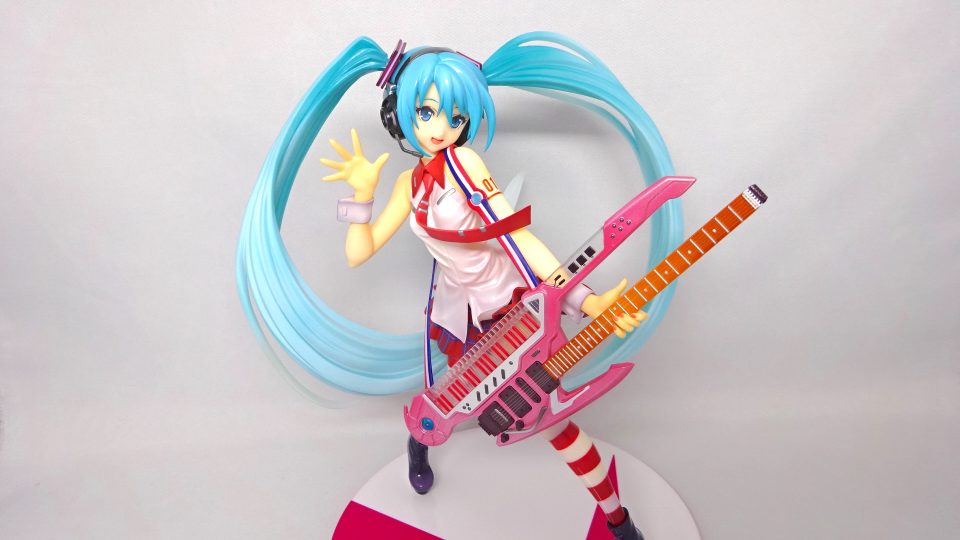 <First album cover illustration by Yoshiyuki Sadamoto made into a figurine> 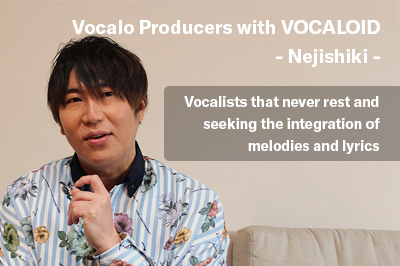