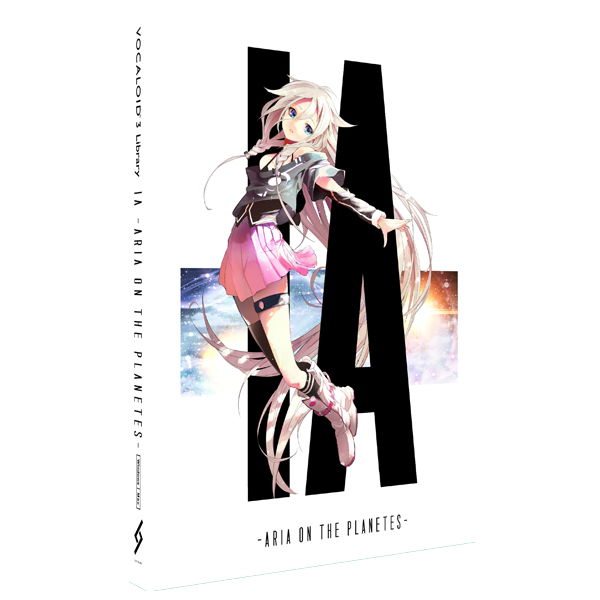 
VOCALOID™3 Library IA, characterized by its clear singing voice known as the crystal voice, has a wide range of recommended tones and tempos, allowing for a variety of vocal approaches from ballads and pop to dance music and rock. The voice flows naturally and can be easily adjusted, earning popularity with VOCALOID beginners.


The append Voice Bank IA ROCKS enables more powerful singing expressions preserving IA's clarity. By blending some vocal impurities, such as a strong attack on consonants and breath noises, with certain adjustments, we achieved the right balance between clarity and power. This Voice Bank is perfect for heavier songs.

* This article was translated into English from the Japanese version .