Faithfully reproduce the unique singing voice of Akira Kano. His bright and cheerful singing voice is a strong presence in the music, never be lost among the sounds of other instruments. Moreover, his voice is perfectly suited for fast-tempo songs, responds easily to the creator's sensibility, and provides a light vocal expression.

This product includes two "Extension Voice Banks", which allow you to create singing voices with even more detailed nuances.
By using the Cross Synthesis function on a preset with either the "ARSLOID_Ext_Bright" or "ARSLOID_Ext_Soft" Extension Voice Bank set for the secondary singer, you can smoothly change to a bright or soft voice.
This provides a richer range of vocal expression, from powerful to fragile.

Extension Voice Banks are developed for use as secondary singers with the Cross Synthesis function. If you use them standalone or as primary singers, the vocalizations might not blend smoothly with the previous note. Therefore, we recommend that these Voice Banks be used only as secondary singers.
*the Cross Synthesis function cannot be used with VOCALOID5.
This product includes over 900 unique voice samples recorded by Akira Kano and the other members of ARSMAGNA (Sou Izumi, Bak Witt, Tatsuki Sakakibara, and Kento Kurou). You can use samples from standard call out to unique ones such as "I will sing!", "Let's Go!" to "Narukantona", "Good peace!", and "Eyeglass beam!" to add the perfect accent and greeting to your songs.

ARSMAGNA Profile: Formed in 2011. The setting for this 2.5D cosplay dance group is ""Chronos Senior High School"". The group consists of 5 people and 1 stuffed animal: Chronos Senior High School students Akira Kano, Sou Izumi, Bak Witt, and Tatsuki Sakakibara, chemistry teacher Kento Kurou, and stuffed bunny Constantine. The group is well known for its original high school stories that are gradually revealed with each live and stage, and perfectly timed and coordinated sharp dances. ""Gigantic O.T.N"" has been listened to 2 million times. ""+♂ (Plus Danshi)"" has received more than 1 million views, and was the first of their 13 songs published on Nico Nico Douga to be ranked weekly No. 1 in the ""Odottemita"" dance category. ""Miroku no Hana"", their major debut song that was released this February,
marks the group's first appearance on the Oricon Weekly chart at No. 9. Their second song, ""Can I Kiss You in the Summer"", was released in June and appeared on the same chart at No. 5. The group's dance, song, and stage popularity continues to grow." 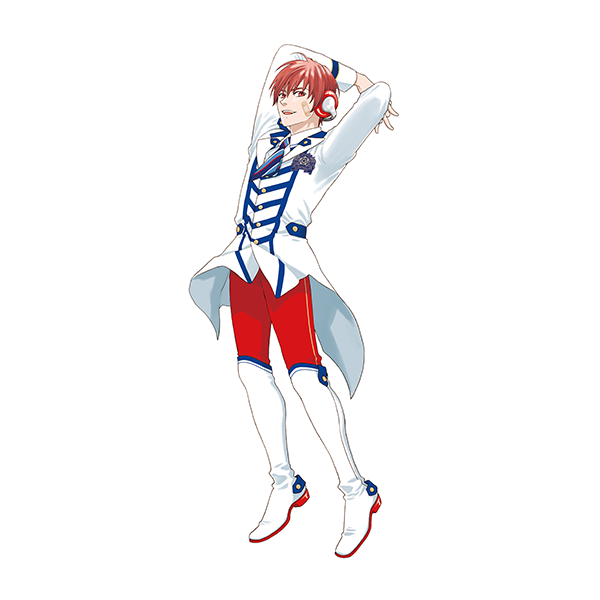