- This is a special VOCALOID4 Voice Bank set that features the Voice Banks for Matcha Kobayashi, the main
characters of the PS Vita games Utagumi 575 and Miracle Girls Festival, and the anime Go! Go! 575.
- She has a powerful, yet composed voice, and is recommended for calm melodies, such as slow-tempo ballads.
- This special downloadable set is only available at the official VOCALOID website, the VOCALOID Shop.
- She is also available with "VOCALOID4 Library AZUKI" in a special “VOCALOID4 AZUKI & MATCHA” set . 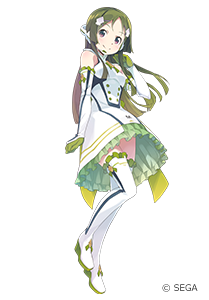